IBD: This Is What You Need to Know 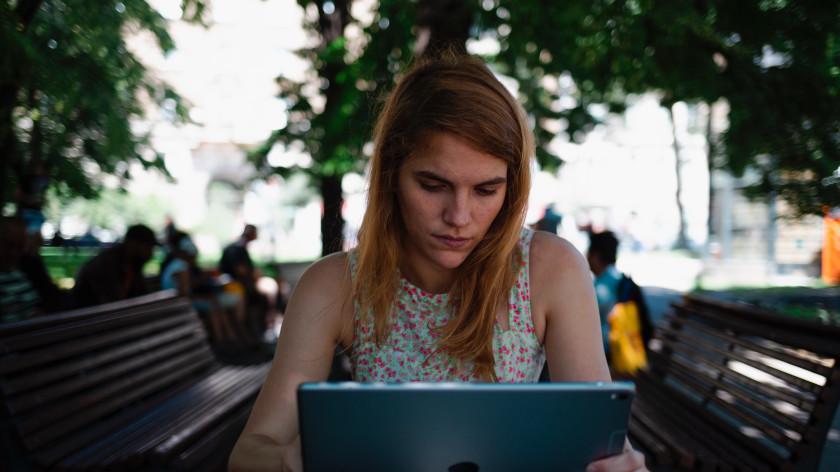 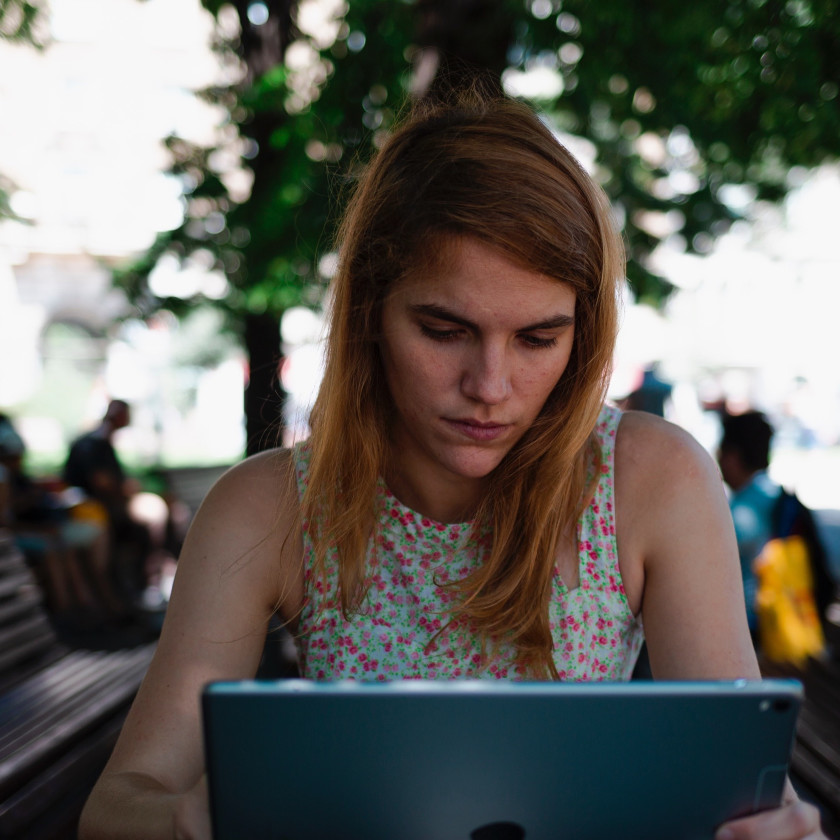 Living with the symptoms of a chronic digestive disorder (think: diarrhea, constipation, bloating, and other not-so-pleasant experiences) can be pretty tough, to say the least. Add in the difficulty of figuring out which condition, if any, you actually have, and you’re dealing with a pretty big challenge.

From the confusing terms to the varying symptoms, digestive conditions are especially tricky to identify correctly, not to mention treat. If you’ve been thinking you might have inflammatory bowel disease (IBD), this guide is for you. We’ll break down the basics, including symptoms, causes, and possible treatments.

What is inflammatory bowel disease?

Bear with us here, but IBD isn’t just one disease. It’s actually an umbrella term, meaning it serves as a big overhead category for a few smaller subcategories. Specifically, three subcategories: ulcerative colitis and Crohn’s disease, the two main types of inflammatory bowel disease, and the much rarer indeterminate colitis (IC).

What all three diseases have in common is that they’re characterized by chronic inflammation of the digestive tract, a.k.a. the path food follows through your body. What are the differences between them? Let’s break it down.

As you might guess from the name, this condition causes inflammation that can lead to ulcers in the lining of the large intestine (also called the colon) and rectum.

Like ulcerative colitis, Crohn’s disease damages the digestive tract with inflammation. But Crohn’s doesn’t limit itself to the colon and rectum—it can affect anywhere food travels, from the mouth to the anus, but it usually goes after the small intestine. Crohn’s can even damage multiple layers of the lining of the intestines, something ulcerative colitis can’t do, and even cause fistulas. What’s a fistula? “This is when a tract of tissue connects one part of your intestines to another part that it shouldn’t be connected to, or even to another organ like your bladder,” explains gastroenterologist and Evens Medical Advisor Dr. Jason Reich.

Another difference is that Crohn’s tends to leave behind a patchy pattern of healthy and damaged tissue, while ulcerative colitis spreads continuously, typically starting from the rectum.

This is the diagnosis you get when your doctor’s pretty sure you have IBD, but your symptoms don’t exactly fit the pattern of ulcerative colitis or Crohn’s disease. This is fairly rare.

A few things that aren’t IBD

Before we move on, let’s tackle a few conditions that are often confused with inflammatory bowel disease but are actually different: irritable bowel syndrome (IBS) and celiac disease.

IBS can provoke similar symptoms to IBD (like digestive distress), but they don’t share a common cause: IBS isn’t caused by inflammation. IBS also can’t damage the tissues of your intestines the way IBD does.

Celiac disease can inflame and damage the intestines, but again the cause is key: Unlike IBD, celiac disease is an inflammatory response to gluten, which is found in wheat and other grains. If sticking to a gluten-free diet makes your symptoms go away after a few months, then it wasn’t IBD.

What are the symptoms of IBD?

Now that you know what IBD is (and what it isn’t), you’re probably wondering, “How do I know if I have it?” Of course, only a qualified doctor can diagnose you with inflammatory bowel disease, but if you’re just looking to get a rough idea of whether or not it’s a possibility, the best way to start is by familiarizing yourself with the symptoms and seeing if they line up with your experiences.

Here are some of the most common symptoms of IBD:

Keep in mind that you don’t need to have these symptoms all the time in order to have IBD. It’s common to go through remission periods, where you’ll have no symptoms, interrupted by flare-ups.

How do you test for inflammatory bowel disease?

If you do end up heading to a doctor’s office to find out if you have IBD, you might go in expecting a quick test. Unsurprisingly, diagnosing this complex condition is a little more complicated than that.

You might also need to take blood tests, X-rays, or other types of body scans (like MRIs), which help your doctor get a fuller picture of what’s going on in your body.

How do you get inflammatory bowel disease?

Unfortunately, scientists still don’t know what the exact cause of IBD is. What we do know is that it involves a breakdown in the functioning of the immune system. Normally, your immune system attacks foreign intruders in your body, like viruses and bacteria, to keep you healthy. But when you have IBD, your immune system mistakenly attacks your digestive tract, which causes inflammation and damage.

Another thing we know is that people with IBD tend to have certain things in common, which are called “risk factors” because they might increase your risk of getting the disease. So, what are the risk factors for developing inflammatory bowel disease?

You might’ve read online that diet or stress could be the cause of your IBD, but that’s actually not the case. Doctors have determined that these factors are triggers of IBD rather than root causes, which means picking up yoga to bust your stress could help you avoid symptom flare-ups but won’t completely cure your condition.

Can you have IBD and other digestive issues?

Unfortunately, digestive conditions don’t have a “one per customer” rule. In fact, people with IBD are actually significantly more likely to have many other chronic conditions, including arthritis, cardiovascular disease, migraine, kidney and liver problems, respiratory diseases, and even depression and anxiety, as well as additional gastrointestinal issues like ulcers and colorectal cancer.

While that probably wasn’t what you were hoping to hear, it’s important to keep in mind that there are proven treatments that can help minimize the impact of all of these conditions—including IBD.

Can inflammatory bowel disease be cured?

We hate to be the bearers of bad news, but there’s no cure for IBD. But that doesn’t mean there’s nothing you can do about it. The best way to manage IBD is to work with a doctor to determine the right treatment plan for your specific needs, because IBD (and IBD treatment!) affects different people in different ways. Your plan could include any of the following treatment options:

There are five types of medications that are used to treat IBD:

We know the idea of surgery might scare you a bit, but keep in mind that not everyone who suffers from IBD inevitably needs surgery to treat it. As doctors’ understanding of the condition grows and new treatment options pop up, surgical intervention will probably become less and less necessary over time.

That said, sometimes surgery is the best way to resolve an issue, especially if the inflammation is severe or has been progressing for a long time. The standard surgical treatment for advanced ulcerative colitis involves removing the colon and rectum and replacing them with a pouch or bag, which could be internal or external. For Crohn’s disease, surgical treatments are a lot more varied, depending on the severity and location of the damage you’re looking to address.

In addition to the treatments above, your doctor might recommend that you make some adjustments to your lifestyle to help make flare-ups less likely. These could include tweaking your diet to avoid certain foods, getting more exercise, quitting smoking, or reducing stress.

What are the possible complications of IBD?

IBD isn’t often fatal, but that doesn’t mean you should just ignore it. Both ulcerative colitis and Crohn’s disease can cause serious complications if left untreated, including inflammation beyond the bowels, blood clots, liver damage, and even colon cancer.

The key words in that last sentence? “If left untreated.” Keep in touch with your doctor and treat your symptoms carefully and you’ll likely be able to avoid physical complications for a long time.

That’s not to say that IBD doesn’t have complications that go beyond the physical. Living with a chronic condition means dealing with extra stress that your friends and family might not be able to understand. And living with IBD in particular also means dealing with a stigma that makes it tough to even bring up your symptoms, not to mention get the support you need to make sure your condition doesn’t constantly get in the way of your life.

Maintaining a close relationship with your doctor can help you keep your symptoms under control, but don’t hesitate to lean on your loved ones or get in touch with a therapist if the emotional impact of your condition is hitting you particularly hard.

If reading all this has you suspecting you may have IBD, you’re not alone: According to the Crohn’s and Colitis Foundation, about 1.6 million Americans have IBD, and up to 70,000 new cases are diagnosed each year.

As more people realize they have IBD, demand for treatment will go up, and new options will hopefully follow—and maybe even a cure. Until then, though, your best bet is to get to know your symptoms, triggers, and treatment options, and work with a doctor to craft the best treatment plan for you.

Photo by Stefan Vladimirov on Unsplash