What Exactly Is IBS and How Do I Know If I Have It? 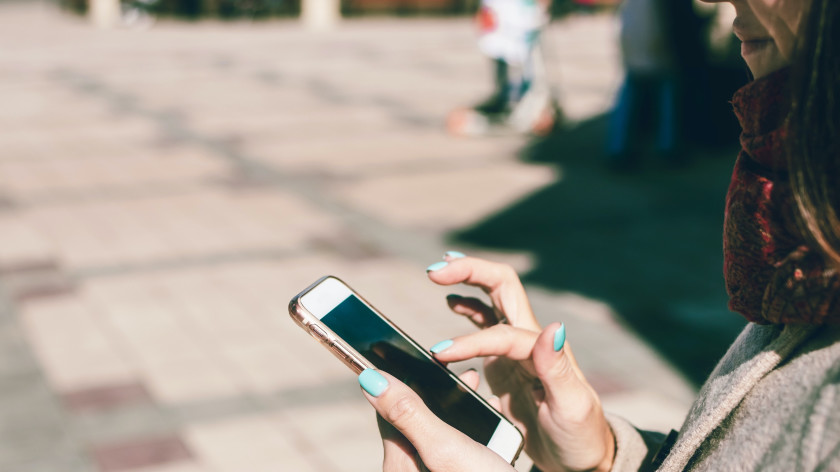 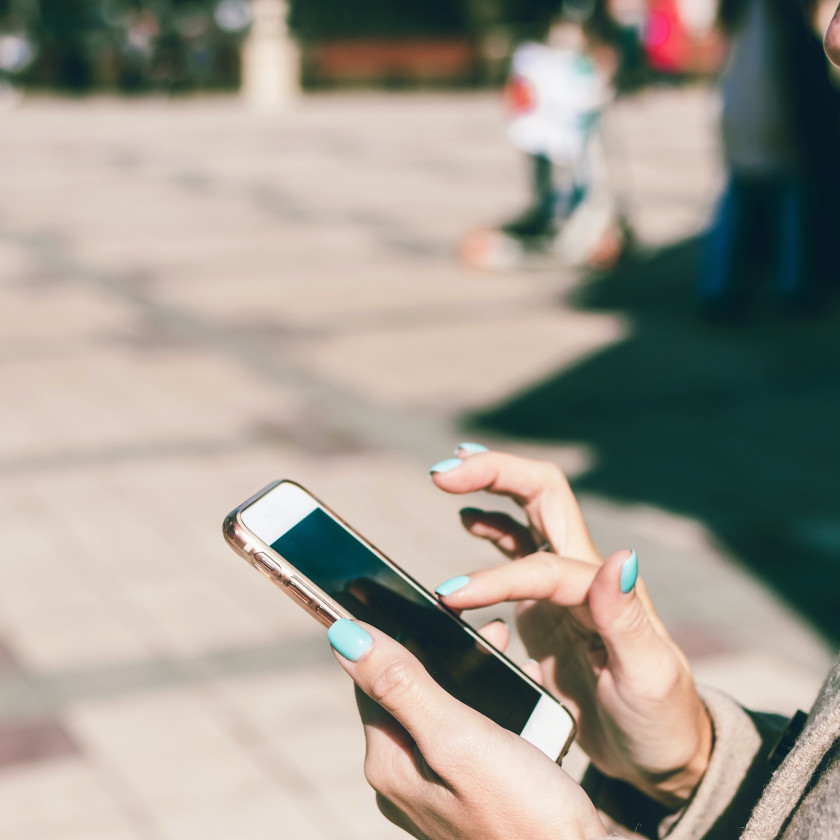 If you feel like you’re constantly dealing with unexplained stomach pain, constipation, or diarrhea, you may’ve wondered if you might have irritable bowel syndrome (IBS). The next question that crossed your mind was probably, “But how do I figure out if I really do?”

IBS is a pretty common condition—anywhere from 10-15% of Americans have it—but most people still don’t know much about it. For one thing, many people think IBS is a disease, but it’s actually a syndrome (it even says it right there in the name). The difference between diseases and syndromes is that diseases are defined by their set causes, symptoms, and treatments. Syndromes, on the other hand, have definite symptoms but not necessarily causes or treatments.

That means IBS is a group of symptoms that commonly occur together (like the pain and stool issues we mentioned earlier), but no one knows for sure what causes it. There’s also no cure for IBS, but you can learn your unique triggers and symptoms to figure out the best treatment for you.

But first, you’ll likely want to learn a bit more about what IBS is and how to tell if you have it. So let’s get started.

What is irritable bowel syndrome?

IBS (sometimes called spastic colon, irritable colon, mucous colitis, or spastic colitis) is what’s known as a functional gastrointestinal disorder, which means your stomach and your brain aren’t working together like they’re supposed to. That communication breakdown makes for a sensitive digestive tract, which leads to abdominal pain and other intestinal symptoms.

Even though irritable bowel syndrome is defined by its symptoms, that doesn’t mean every sufferer experiences it the same way. In fact, it’s so common for symptoms to vary that IBS is broken down into subtypes based on what you experience most—to be specific, what kind of bowel movements you’re having. Determining the subtype is important because some treatments only work for certain types of IBS.

These are the subtypes of irritable bowel syndrome:

What are the symptoms of IBS?

You already know the most recognizable symptoms of IBS—stomach pain accompanied by hard or watery poop—but there are a few other hallmarks to look out for. Keep in mind that symptoms can disappear for a while and then come back. Some people experience a spike in severity around their menstrual period or during pregnancy.

Here are the most common symptoms of IBS:

Unfortunately, researchers don’t have a definite answer for this question yet, but they do have a few theories. One is that people with IBS may have sensitive nervous systems, causing your body to overreact to normal digestive processes. Another is that IBS may be caused by irregular muscle contractions in the intestines, which can lead to diarrhea or constipation depending on whether the contractions are too fast or too slow. Other potential causes include severe infections and changes in the microbes (bacteria, fungi, and viruses) that live in your gut and intestines.

While the exact cause of IBS is still unknown, there are certain factors that are known to increase your chances of having it. These risk factors make it more likely that you’ll get irritable bowel syndrome:

Can you get IBS from overeating?

If you don’t already have irritable bowel syndrome, you won’t suddenly get it after eating a big meal. That said, overeating can trigger IBS symptoms—that’s why gastroenterologists often recommend eating smaller meals.

So if you’ve been feeling sick after you eat a lot (or a little), that could be a sign that you have IBS. How do you know for sure? Let’s talk testing.

How do you test for irritable bowel syndrome?

It’s not just the root cause of IBS that’s poorly understood—researchers also aren’t sure how many people even have the condition. Only 5-7% of Americans have an IBS diagnosis, but experts estimate that the true number of sufferers is as high as 15%. That means not enough people are getting tests (and treatment!) for IBS.

Part of the trouble may be that there’s no one test that can definitively diagnose IBS. Instead, doctors often try to rule out other conditions that can cause similar symptoms (like celiac disease, which causes gluten intolerance) by referencing your medical history and performing a physical exam. If anything’s unclear, the doctor may recommend some tests, such as a colonoscopy or endoscopy, X-rays, stool tests, or breath tests for lactose intolerance or bacterial overgrowth.

Is there a cure for IBS?

Unfortunately, there’s no known cure for irritable bowel syndrome. As you’ve probably figured out by now, researchers still have a long way to go in their understanding of IBS, so there’s always a chance that they’ll find a cure in the future.

Luckily, that doesn’t mean you have to just put up with your symptoms until then.

Here are the key treatments sufferers use to keep IBS under control.

We know it’s never easy to change the way you eat, but a few tweaks to your diet can go a long way toward easing IBS symptoms. However, there’s no foolproof IBS diet you can stick to that’ll definitely lead to relief. That’s because the foods that cause symptoms (known as “triggers”) are different for every sufferer, so the only way to figure out which dietary changes will help you is through trial and error. That might sound a little discouraging, but try to keep in mind that your health (and happiness!) is worth the effort.

All that aside, experts have found that certain types of diets tend to be beneficial for IBS sufferers. Your doctor might recommend that you eat more fiber, avoid gluten or dairy, cut back on caffeine, or try a low FODMAP diet and see how you feel. Tracking what you eat and your symptoms will help you figure out what’s working faster.

“Most patients with IBS try a dairy-free diet first to see if lactose intolerance is what’s driving their symptoms,” explains gastroenterologist and Evens Medical Advisor Dr. Jason Reich. “If that doesn’t work, I typically recommend the low FODMAP diet. This type of diet has the most robust evidence for relieving stomach pain and other IBS symptoms.”

Food isn’t the only trigger you could be running into every day. Stress and anxiety can also make symptoms worse (that’s why IBS is sometimes called “nervous stomach”). It’s not always easy to avoid stress—after all, we all have responsibilities—but there are strategies you can try to help manage it, such as yoga, meditation, and therapy. Exercise can also relieve that tension, and helps curb symptoms to boot.

If lifestyle changes aren’t enough on their own, there are plenty of medications and supplements you can try to control your symptoms. These include:

If targeting your symptoms doesn’t do the trick, your doctor may recommend that you try some medications that were developed specifically for people with IBS. These medications can sometimes come with more side effects, so it might make sense to start with a supplement or over-the-counter treatment. IBS-specific medications include Viberzi® (eluxadoline, which treats diarrhea), Linzess® (linaclotide, which is for constipation), Xifaxan® (rifaximin, an antibiotic), and Lotronex® (alosetron) and Amitiza® (lubiprostone), which are both only for women.

Can IBS cause serious health complications?

Unlike inflammatory bowel disease, IBS rarely causes intestinal damage, and it won’t increase your risk of getting colorectal cancer (although chronic diarrhea and constipation can cause hemorrhoids). But that doesn’t mean living with irritable bowel syndrome is a walk in the park.

Studies show that IBS sufferers spend more time (and money) on emergency room visits, diagnostic tests, surgeries, and other medical treatment. Not only that, dealing with the stigma that’s still attached to IBS symptoms can cause embarrassment, anxiety, and stress, which only leads to more symptoms.

That said, certain signs can suggest that you might be dealing with a more serious condition than IBS. Talk to your doctor if you experience any of the following:

Well, there you have it: You’re now officially an expert in the basics of IBS. If you’re ready to apply what you’ve learned, the best place to start would be with a food diary. Tracking your diet and your symptoms is the key to learning your triggers, which is the key to finding relief.

Not sure what you’re dealing with is actually irritable bowel syndrome? Check out our guide to telling the difference between IBS and acid reflux.

Photo by Artem Beliaikin on Unsplash